Found this at http://dreambigdreamoften.co/2015/09/11/the-neverending-story/ and it’s well worth checking out.

“[Studies have] found that people working in creative fields, including dancers, photographers and authors, were 8% more likely to live with bipolar disorder.
Writers were a staggering 121% more likely to suffer from the condition,
and nearly 50% more likely to commit suicide than the general population.”
– From “The dark side of creativity: Depression + anxiety x madness = genius?”
by William Lee Adams

From my own experience, I know that often times, depression and anxiety can go hand in hand with creativity. I have good friends and family members who are artists, musicians, writers, filmmakers, actors, directors, and producers. I would say about 75% of them have struggled with some form of mental illness at one time or another.

When creative people are so stressed and busy that they do not take the time to utilize their gifts, it becomes difficult. The other issue is that many people…

This is a great way to get your blog noticed. 🙂 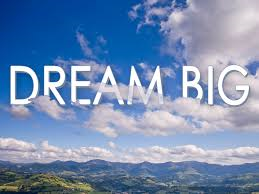 Today as is my usual routine on Meet and Greet weekends, I will be reblogging posts.  Please leave the link to your post in the comments and I will review for family-friendly content and then reblog.

If you leave a link please reblog this post as a “thank you” to Dream Big.  It is appreciated!

Hope everyone has a great Friday.

As you all know, I’ve been dropping little hints here and there that Parallax is down to the last few scenes. As I go into the last push, I find myself feeling a little sad that something I have worked on for so long is coming to an end.

Of course, this isn’t the end of the entire saga with John Pratt and the Parallax Universe. Quite the contrary, as this is merely the end of one segment.

Why do I feel sad?

I don’t know about you, but when I am working on a story, I become rather obsessive about it. A vague idea comes to life and turns into a full-blown world complete with characters that we love and hate, places we want to camp out in for a while, and events that we long to be a part. It’s part escape, part vacation, part playing hooky from lives that can be rather mundane by comparison.

I would liken the feeling to those moments leading up to a break-up, when you know it’s inevitable, but you have to move on. Hanging on to that special feeling when you know it has to end. The longing for the earlier times when your emotions and energy levels are intertwined and your creativity is firing on all cylinders and Life is just grand.

Every story has a beginning, a middle, and an end. So, when you are sitting at your journal or laptop writing those last few words that bring your story to a satisfying conclusion, remember not that your story is ending, but rather that another is about to begin.

I’m very much on track to release Parallax to Amazon and Createspace on September 30, 2015 and then probably take some time away from novels to bang out some short stories or whatever (yeah, right) before working on the sequel. Taking this novel to a satisfactory ending is something I’ve wanted for the past year.

This is something that I decided to dash off at the spur of the moment. It’s more practice at writing beginnings than anything else, but I may do more with it. In any case, enjoy. 🙂

The colony had been out of contact for three days. Normally this wouldn’t be cause for much concern considering the unstable nature of the quasar that formed the nucleus of L972’s system, but when the last computer link went dark, a ship was sent to investigate.

Josh Dannick watched the flashing blue-white star from behind the safety of one of Callisto’s polarized observation ports. L972 was one of the few systems discovered that had habitable planets orbiting an actual quasar, which made it a scientific curiosity. Still, the colony was established with adequate shielding to protect it from losing contact and that was a cause for concern. He longed for a cigarette as he allowed himself to fall under the star’s hypnotic gaze. He sighed as he caught a glimpse of graying brown hair reflected in the window glass.

“Commander Dannick, your presence is requested in the Captain’s Stateroom.”

His brown eyes snapped away from the spectacle outside to tap a small communicator badge embedded in the right sleeve cuff of his gray one-piece uniform. “This is Commander Dannick. I’m on my way.”

Callisto would never enter too far into the system. Exploratory cruisers normally deployed teams in drop ships to do the actual surveys while the mother ship waited for their return at the system edges.

His boots made a ripping sound as tiny hooks embedded in the soles bit and released their way through the red and brown carpet that lined the deck, bulkheads, and ceiling. Artificial gravity was limited to work and living areas, so the Velcro footwear was necessary for getting around.

He made his way down a ladder and stopped at a cabin just below the Bridge where an armed guard checked his credentials and announced his presence.

Captain Surai was a Mantisoid, an insect race that despite looking like something out of an old monster video, were surprisingly even-tempered and analytical. The Captain’s carapace was a bright green and her twin antennae were twitching wildly as she tasted the air. Her compound eyes took him in from several angles as she bid him enter. Her multiple arms were clasped behind her back in a very familiar human gesture.

“Commander Dannick, please make yourself comfortable and close the door behind you. We have much to discuss.”

Dannick did as he was told. “With all due respect, Captain, Star Diver team captains aren’t generally briefed by the commanding officer prior to deployment. May I ask why you have summoned me?”

“No, you may not.” Surai’s carapace shifted colors to yellow before returning to green. “I wanted to speak to you about the incident at Archimedes.”

“Unavoidable, Ma’am.” Dannick said, adjusting his collar that suddenly appeared a bit too tight for comfort. “I was forced to make a snap decision in a volatile situation.”

She slammed an armored claw down upon her metal desk, rattling the stack of data pads on top. “You physically assaulted the Lead Delegate in response to a ritual greeting. I have tolerated your unique command style for a while because you get results, but you must exercise restraint.”

“Fortunately for you, The Admiralty agrees with your handling of the situation and has entered a letter of commendation in your service record.” She replaced her arm behind her back. “Joshua, the Star Diver Program is a cooperative venture between the Navy and the Science Bureau. I don’t have direct authority over the scientists and engineers on your team, but I do over you. You represent us and I will not tolerate officers who deviate from established protocols whenever it suits them. Am I understood?”

“Very well. Meet with your team and prepare for deployment. Dismissed.”

Where do you want to go?

All my books and more are at: W.W. Cass Jr.'s Amazon Central Page.